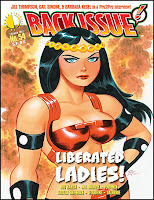 Here's the new installment of PRINCE STREET NEWS, as seen in the latest issue of Michael Eury's BACK ISSUE! Magazine, available from the fine folks at TwoMorrows Publishing. You can order the issue here! Following the last installment, it's another look at comic book couture, and while that's certainly a fertile topic for discussion (as the terrific website PROJECT: ROOFTOP regularly demonstrates), it's not going to be the subject of every PSN. The next episode will appear in BI! #57 (which you can pre-order here), spotlighting Jenette Khan's revolutionary reign at DC Comics in the 1970s and 80s, and it's entitled, "Implosion Happy Hour!" When I put that one up here, I'm going to have to do a lot of annotating for the less geeky of you.

Below the finished strip is the detail of the reproduction of the cover of GREEN LANTERN #14, the original by the great Gil Kane. 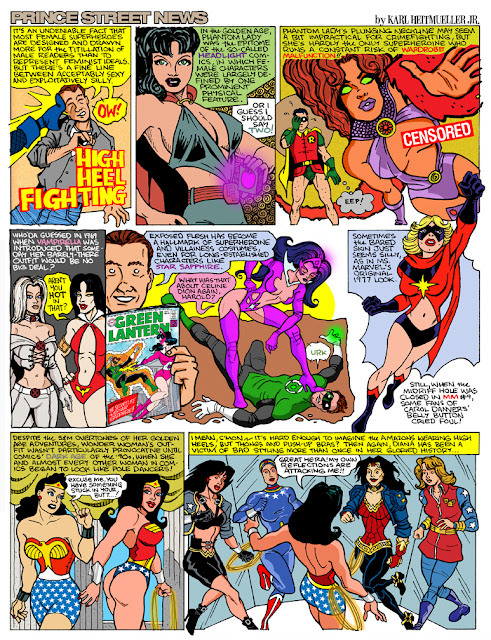 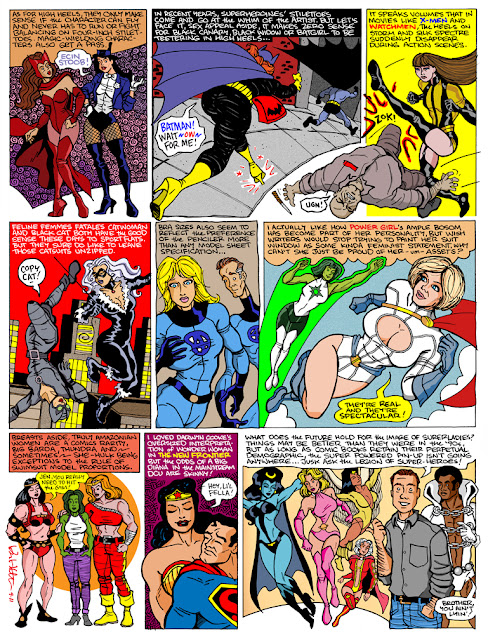 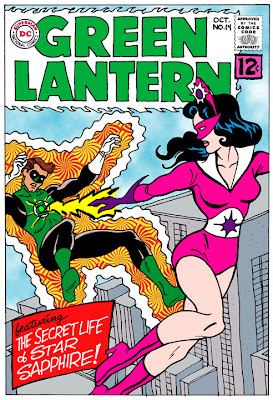 Funny thing about this piece, I've seen a bunch of other artists' interpretation of the photo on which this was based... I guess there are some images that really resonate with cartoonists and a come-hithery 50s babe is up near the top of the list! 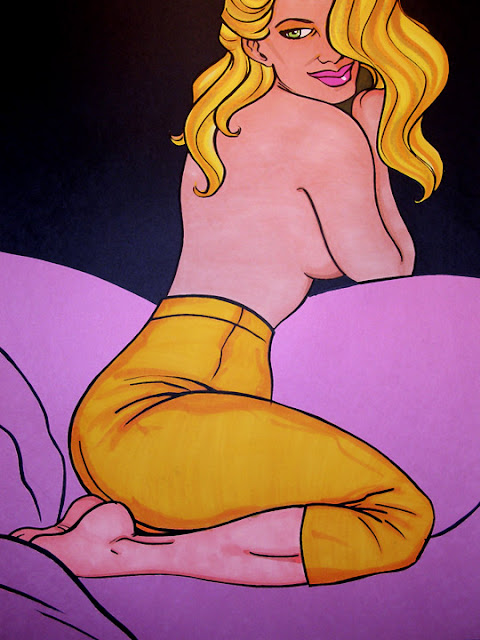