Prince Street News: The Sartorial Story of the Sundry Supergirls! 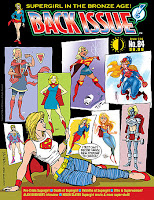 It's PSN time again, kidlets, and this one was super-fun to do (SUPER-fun! Get it?). As I posted last, I (along with a gaggle of swell cartoonists) got to provide the cover for BACK ISSUE! #84, spotlighting Kara Zor-El's Bronze Age adventures in the comics and onscreen. This installment of Prince Street News focuses on the outfits that not just Kara, but other Supergirls have worn over the years in DC Comics.

In another case of bad timing (similar to what happened with the installment about The Flash and Green Lantern), I turned this strip in literally one day before CBS released its first image of Melissa Benoist in her Supergirl costume from the new TV show. I quickly drew another panel and tried to figure out a way to insert it into the strip, but it just felt like what it was: a forced add-on. My editor Michael Eury was kind enough to add the panel as a coda in the letters page of this issue.

Next issue features another PSN dealing with a topic near and dear to my little black heart: Christmas comics! 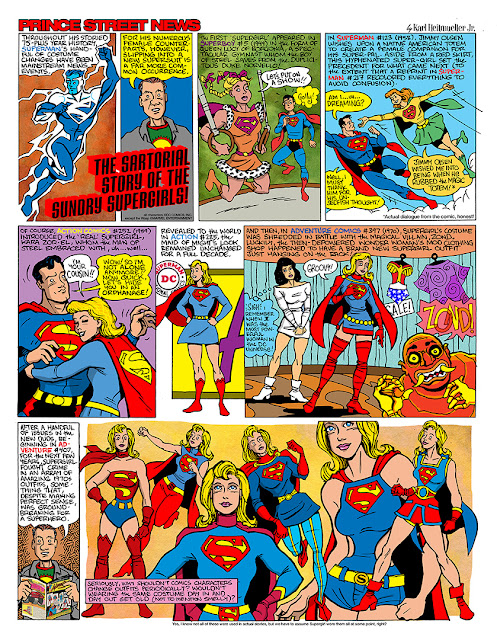 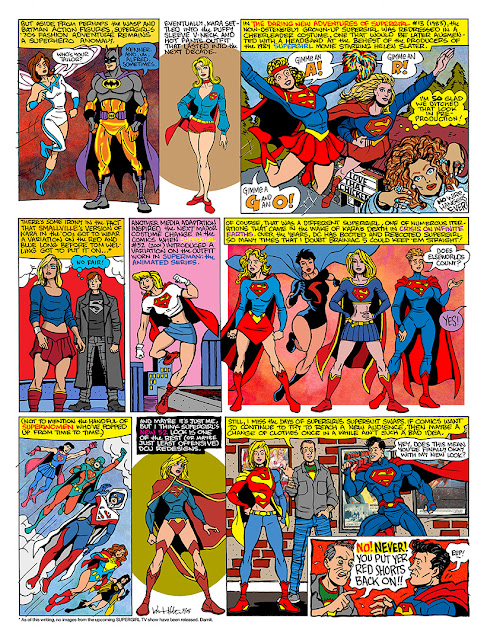