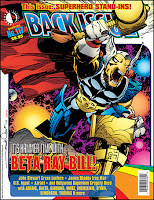 Hey! In the hectic rush of the holidays, I neglected to post the latest Prince Street News upon release of BACK ISSUE! #117, so here it is a bit late! The theme of this issue is Superhero Stand-Ins, featuring a phenomenal Beta Ray Bill cover by the great Walt Simonson (rumor has it that Bill may be popping up in the next Thor movie, we'll have to wait and see).

For this issue, I take a look at the various kinds of "Replacements," using song titles from the band of the same name (but you knew that, right?). There's some fanboy inside gags here, some that work for the layperson, and a super self-indulgent inclusion of a 2012 submission to the late, lamented Covered blog, utilizing character designs from a childhood update of the Justice League of America (most of which are silly, a few of which I still think aren't that bad, mostly the Atom and the Flash). As always, any questions can be asked and answered in the comments section.

Next up! A look at the inherent ridiculousness of superhero outfits and some Eternal Costume Conundrums (such as, why isn't the Incredible Hulk naked all the time?). 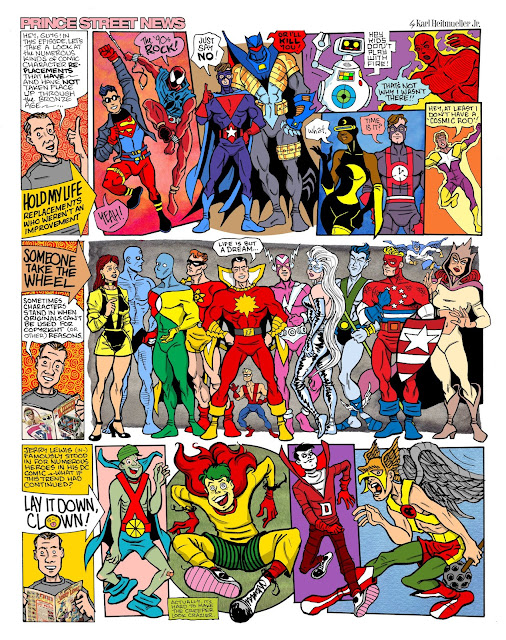 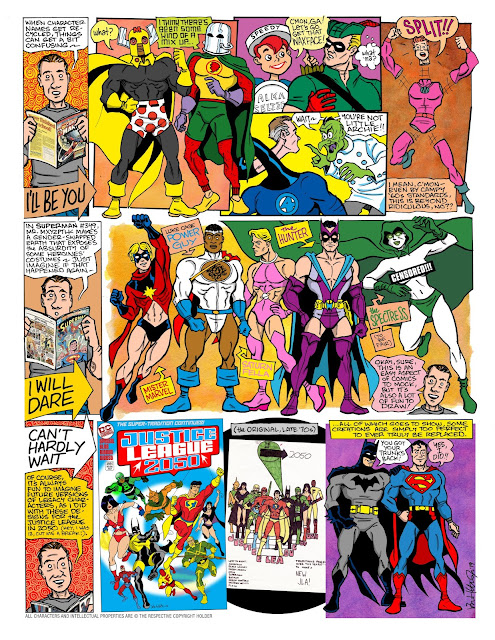 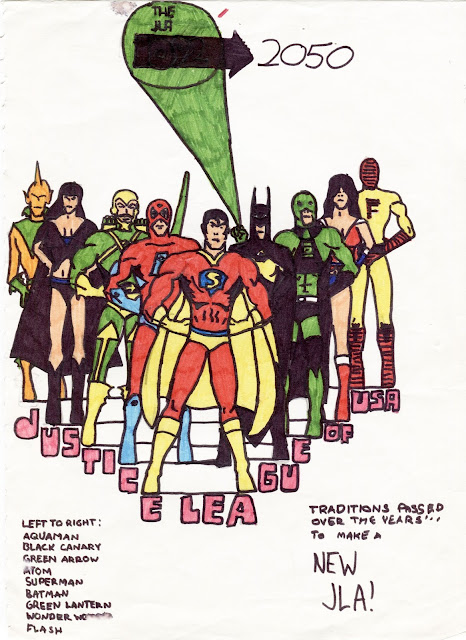