The comic strip below was done for Saveur.com's Recipe Comix feature. I finished it in early December, e-mailed it to the editor, and didn't hear anything. I naturally presumed she hated the thing, so sent a follow-up note offering to fix any problems that might exist (the cholesterol gag, perhaps?), but again heard nothing.

Then, on December 5th, my father died, and so obviously, finding out what happened with this project became a lesser priority. When things calmed down a little, and I returned from my hometown to my new 'burg of Newark, I sent another note to the person who initially put me in touch with the editor at the magazine. Turned out that everything I had sent directly to Saveur went right into their spam folder (which, I assume is called an Iberico folder or something schmancy)....

And so, this strip (misnamed "Candy-Crammer" instead of "Crammed" due to a swanky, but semi-illegible House font I used for the title), initially slated for early December posting, went live a few days before Christmas. But there's a silver lining, as the belated timing allowed me to ask them to include a dedication to my dad, who loved sugary treats more than just about anything on this planet. 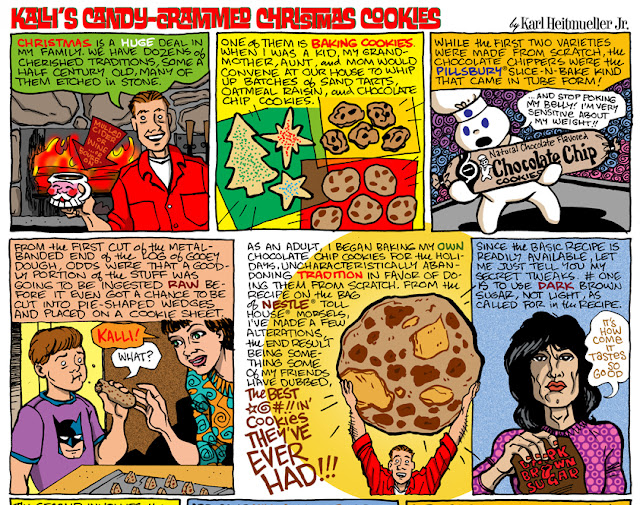 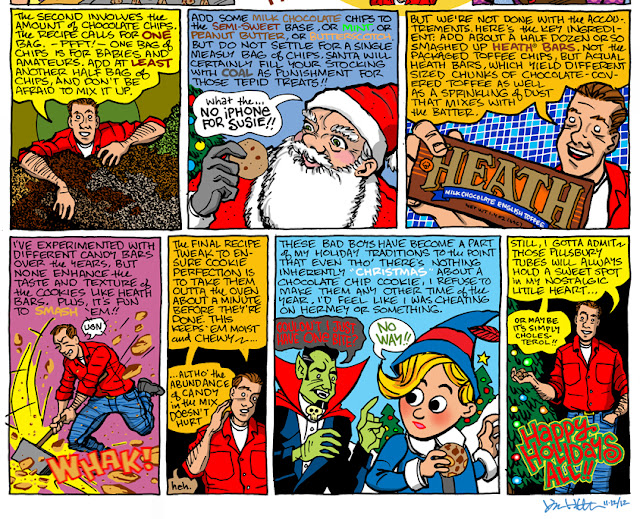