Ever since Jim Lee's horrific redesign of Superman's costume last year, I—along with every other marker-wielding fanboy—have been doodling in my sketchbook trying to see if there's maybe a better way to "update" the Man of Steel's costume without completely eliminating the iconic elements that have stood the test of time for over three quarters of a century. A lot of would-be re-designers have incorporated some kind of black or gray paneling (or whatever you call it), because even Lee realized that you can't replace the red and blue color scheme, it's too integral to the character.

I still feel that the whole thing is a colossal waste of time and insult to the character, but here's my stab at it, incorporated into a redrawing of 1954's ACTION COMICS #195. As with the Groovy Golden Age Batman illo I did a few months back, I incorporated elements from different eras into this piece, just to give it a feel not tied to any specific time (I had to find a way there to not call it "timeless"). (Oh and you don't have to point out that the perspective is messed up at the bottom... I know it is! But it was in the original, too, so consider that an... homage. Yeah, that's it, an homage!) 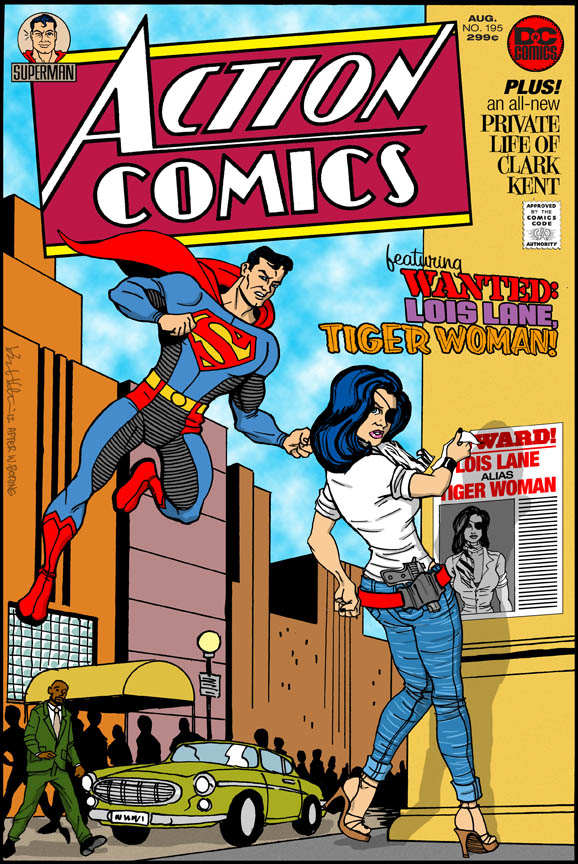 The Old Woman in the Forest

"The Old Woman in the Forest" was published in 1999 in DC Comics / Paradox Press' THE BIG BOOK OF GRIMM, adapting some of the lesser known fairy tales from the prolific storytellers. The book was written by Jonathan Vankin and edited by Jim Higgins. There's a lot about this that I hate, but whattyagonnado. 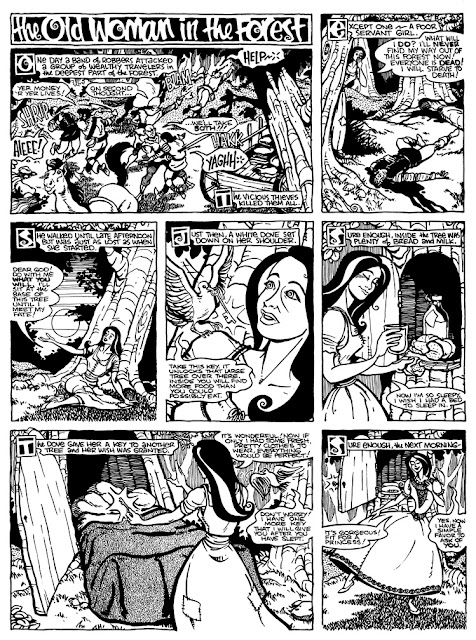 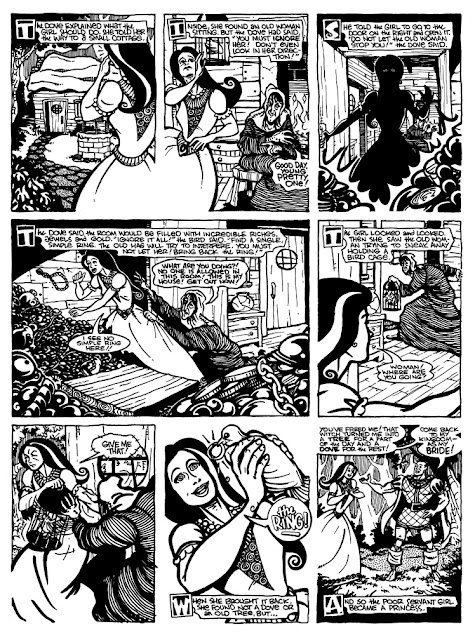 "Anthony Comstock, Special Agent of the Post Office Department" was published in 1999 in DC Comics / Paradox Press' THE BIG BOOK OF VICE, written by Steve Vance and edited by Andrew Helfer. 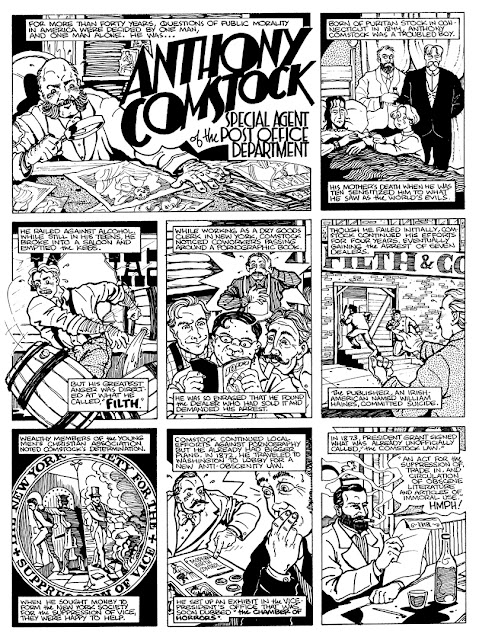 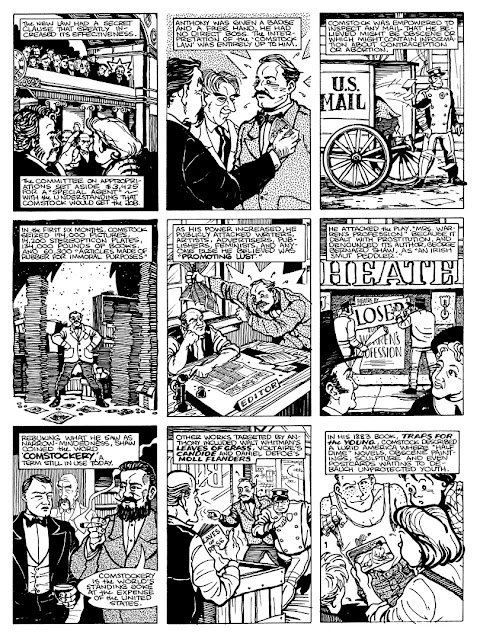 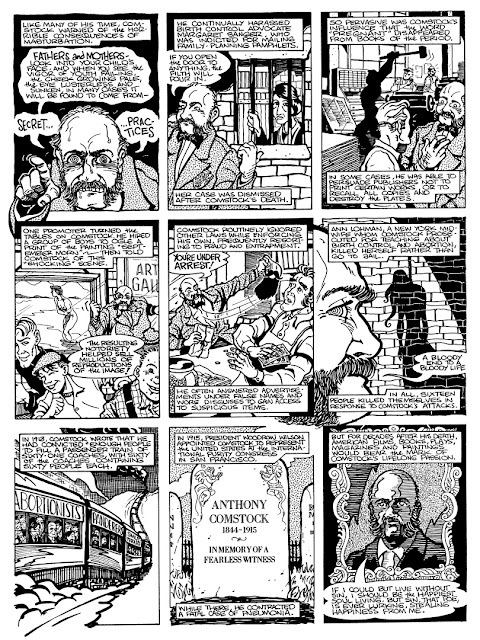 A Ghost in the Snow

A Ghost in the Snow was done for DC Comics / Paradox Press' THE BIG BOOK OF THE WEIRD, WILD WEST, written by John Whalen and edited by Andy Helfer. I did work for four of these books (one of which never saw print), and am going to finally post them all here. This version differs from the printed pages in one way: I was asked to redo the computer-lettered captions by hand because at the time (1998), most comics—even graphic novels—didn't use computer lettering. How things have changed! 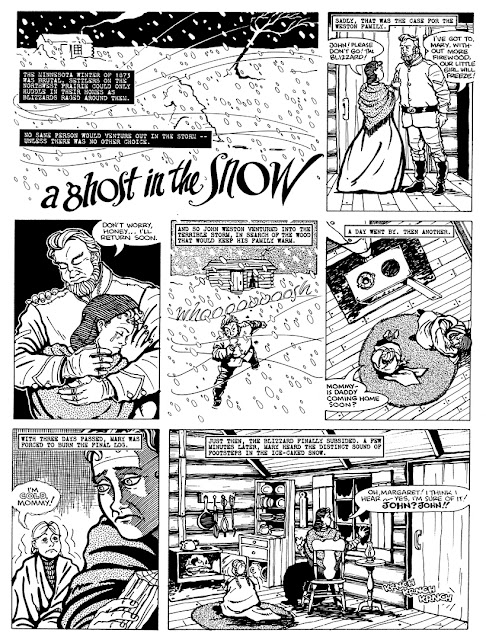 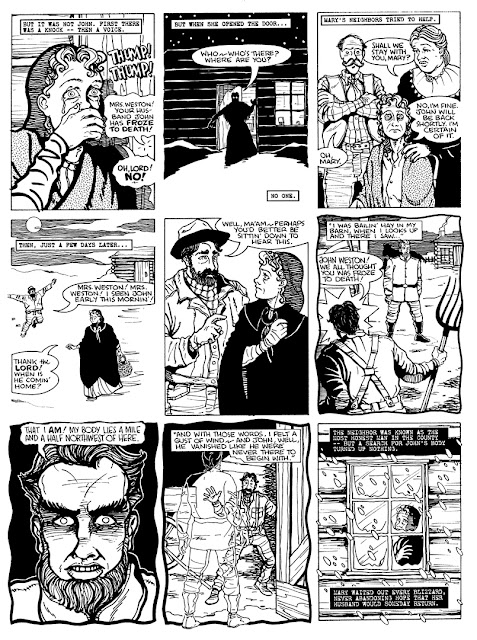