Part of a Prince Street News installment, "Alternate Alternate Realities," this faux-cover ponders the impossible outcome of legendary underground comix artist Robert Crumb working for Marvel in the 1960s. I had to keep it relatively clean for the magazine. Heh. 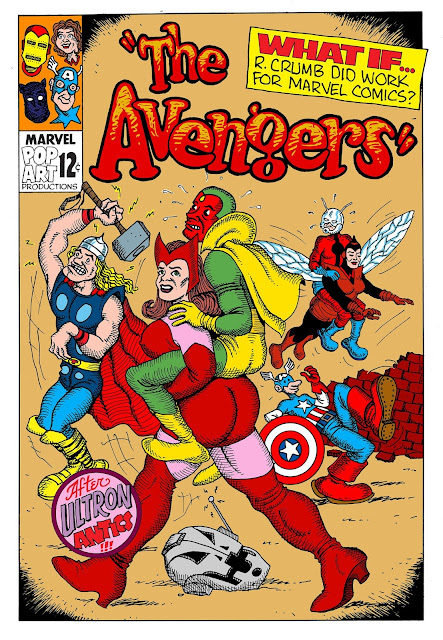 The Bootleg League of Many Countries

Based on the cover of Justice League of America #48, this part of a Prince Street News installment, "Alternate Alternate Realities" depicts a group of "super heros" (sic) as seen in various bootleg action figure incarnations (packages of grouped figures often mixed DC and Marvel heroes, hence the addition of Spider-Man into the League). 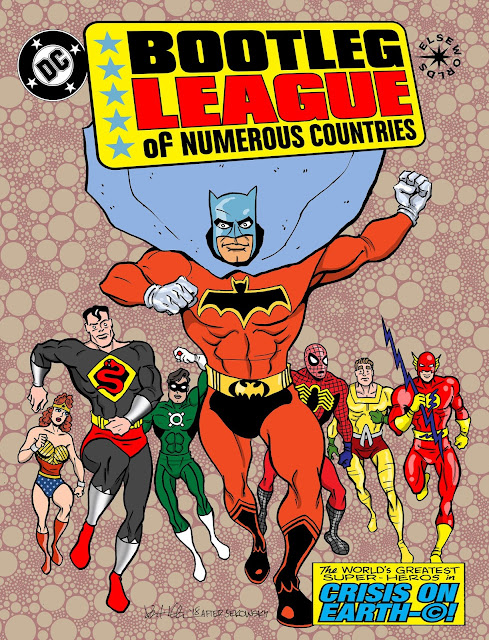 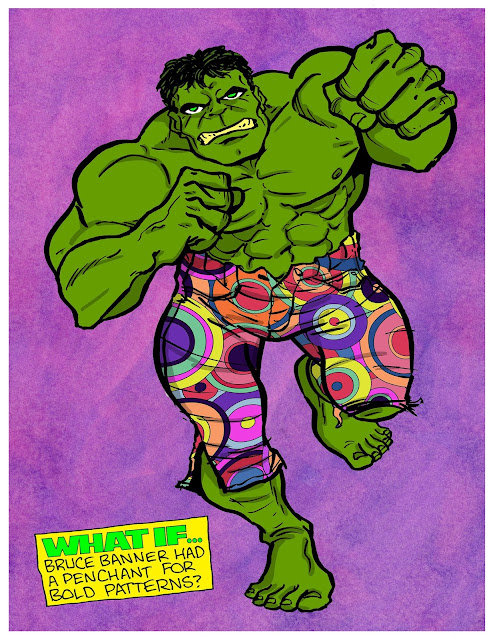 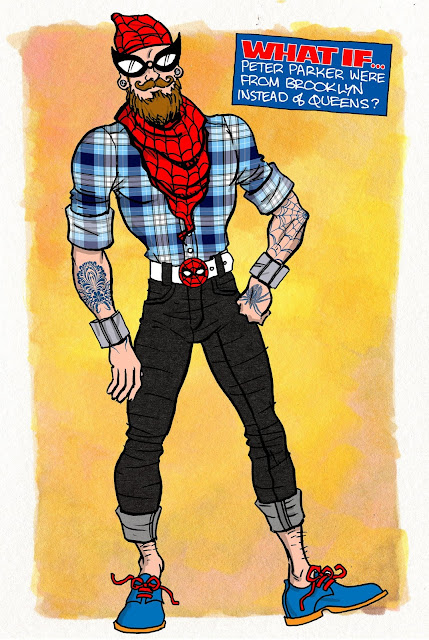 What if Daredevil's dad were a wrestler instead of a boxer? 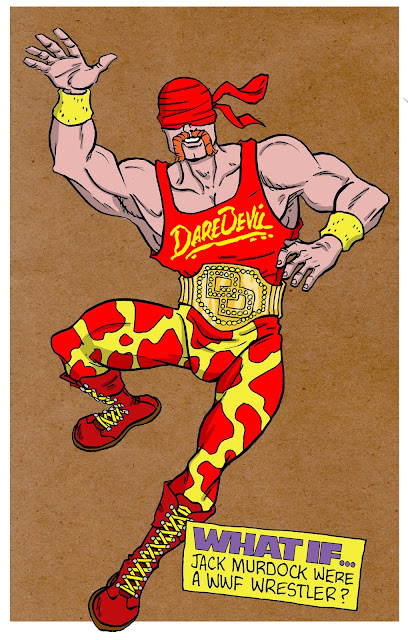 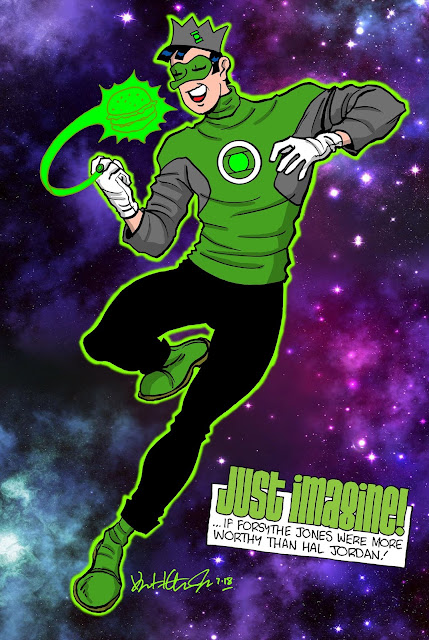 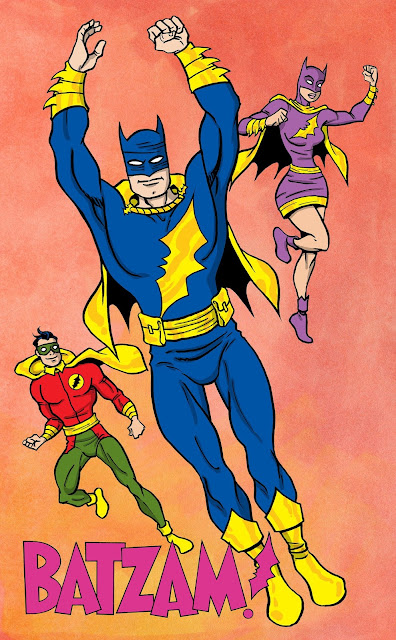 After Jim Corrigan, Hal Jordan, and Crispus Allen, what if kindly old Pa Kent took up the mantle of the Spirit of Vengeance? 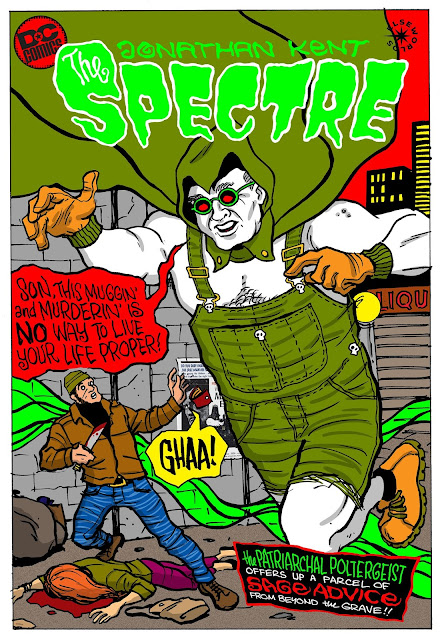 Based on the cover of THE AVENGERS #58 by John Buscema, this piece (part of a PRINCE STREET NEWS montage strip of Alternate Alternate Realities) posits a Marvel / Harvey Comics mashup in which Richie Rich (as Super Richie), Wendy the Good Little Witch, Hot Stuff the Little Devil, Stumbo the Giant, Jackie Jokers, and Sooper Hippie meet Casper the Friendly Ghost. I was gonna call this "Harvengers," but nah. 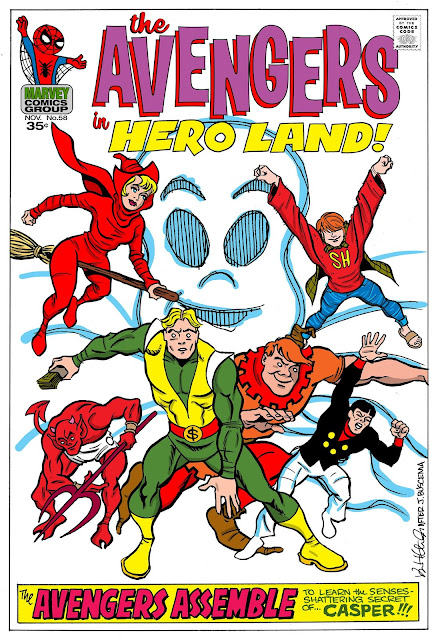 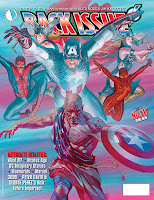 The new BACK ISSUE! (#111) is out, and it's a doozy! A deep dive into Marvel and DC Comics alternate reality tales, covering Imaginary Stories, WHAT IF?, DC's Elseworlds, and much more. For this installment of PSN, I came up with a bunch of gags that are mostly costume-based (as I defensively admit at the bottom of the second page), like What If Matt (Daredevil) Murdock's father were a pro wrestler instead of a boxer? Just Imagine if Abin Sur's ring chose Jughead instead of Hal Jordan? And how about those Teen Titans and their damn cell phones?!? Okay, that last one is kind of lame (and the perspective is wonky, to boot!), but whattyagonnado.

I'm also going to post all of the separate elements from this strip as separate posts on this blog if anyone wants to save or share some higher res versions.

NEXT UP! We return to Julie's Bar, that timeless tavern for comic book characters, this time during the summer of 1989... can you guess what the topic of conversation is? 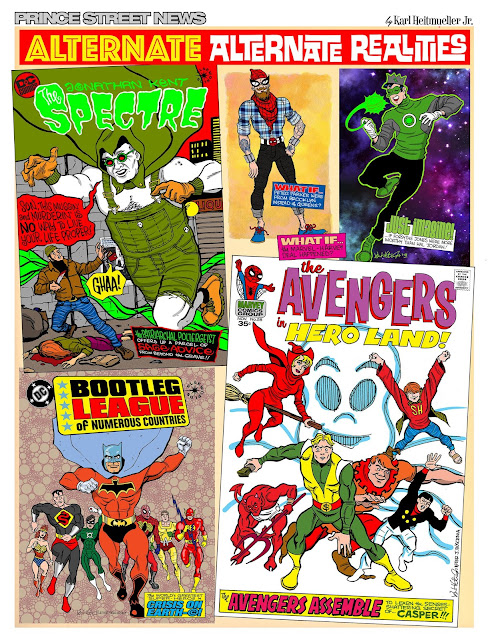 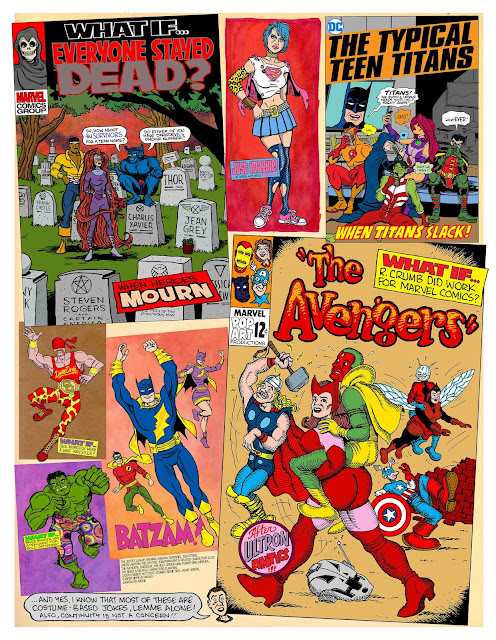