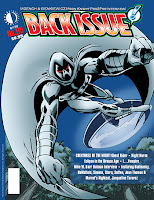 BACK ISSUE! #95 spotlights "Creatures of the Night" with features on Moon Knight (a character whose relative worth was a source of battle between me and my pal Billy Alpha), Ghost Rider, Eclipso, Night Nurse (really!), I... Vampire!, and, of course, the Batman. Rather than do a PSN about Night Nurse, I opted to delve into Batman's costume evolution over the years. In dealing with the Caped Crusader's live action adaptations, there was way too much detail to do the drawings in the allotted space on the ol' bristol, so I drew them all large and placed them in the strip. And, MAN, are those modern movie costumes ridiculously detailed! LESS IS MORE, I always say, and not just because they're a pain in the butt to draw! I mean, relative realism is one of the things that makes Batman attractive, but c'mon, Lucius / Alfred / whoever's responsible in any given version... he ain't Iron Man!

Anyway. Up next in BACK ISSUE! #98, I tackle the thorny topic of comic book continuity... see ya then. 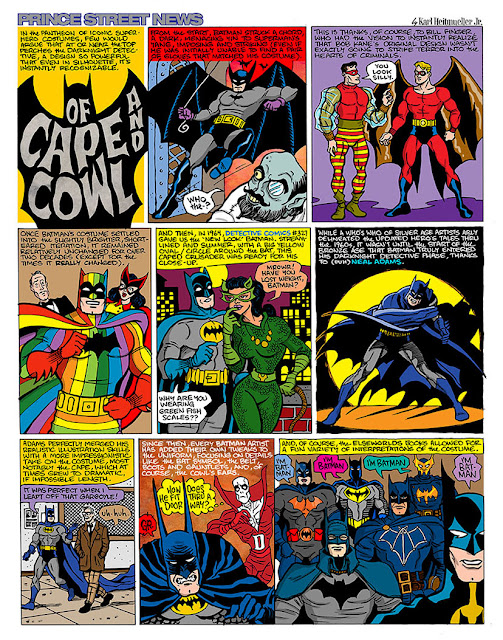 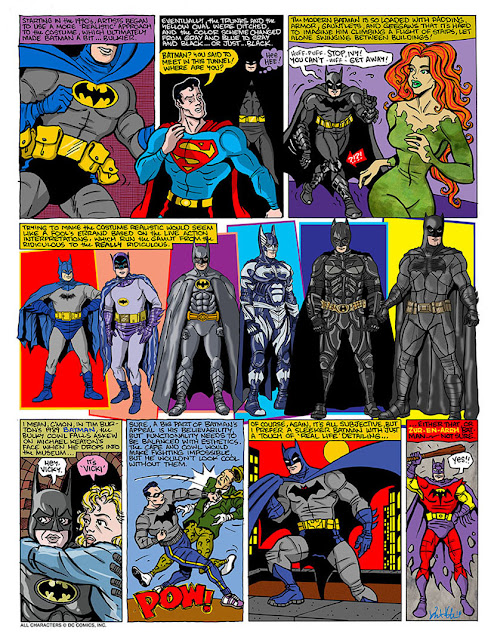