Prince Street News: The Rejected Team-Ups of The Brave and the Bold 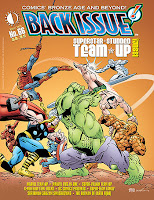 BACK ISSUE! #66 is just on the stands, spotlighting superhero team-ups of the Bronze Age of Comics! And no discussion of that topic would be complete without a look at the bizarre, continuity-obliterating stories written by Bob Haney for the Batman team-up comic book, THE BRAVE AND THE BOLD.

Haney was the antithesis of today's writers, who feel the need to reconcile every story with everything that's come before. His Batman time-traveled, palled around with the cops, and behaved however the tale required, whether it was selling his soul to the devil to escape from a death trap, using a gun, or adopting a kid. But as much free reign as Haney seemed to be given, there had to have been some team-up ideas that were nixed by the editors at DC. This installment of PRINCE STREET NEWS speculates as to a few of those ill-fated crossovers (and, for once, requires very little exposition!). True, most of these proposed funnybook partners came either before or after Haney's tenure on B&B (and he did kinda team up with Cain in B&B #93, a comic I love to death), but like the works of the wild and wacky Bob, PSN cares not for continuity!

Following the strip as it appears in the magazine, I've posted the individual covers. For more impossible comic book crossovers, check out Ross Pearsall's website, SUPER-TEAM FAMILY: THE LOST ISSUES! The next PSN (slated for BACK ISSUE! #70 way off in February of next year!) takes a gander at what was and may have been in THE INCREDIBLE HULK 1970s tee-vee show! 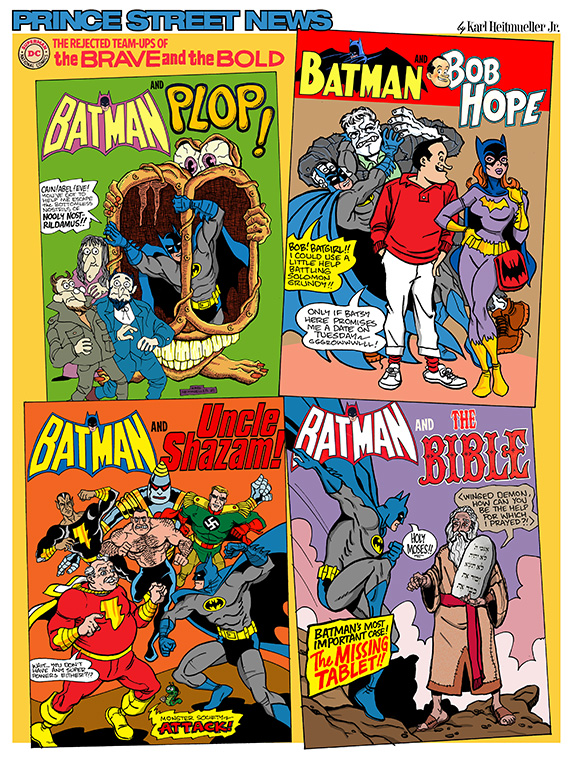 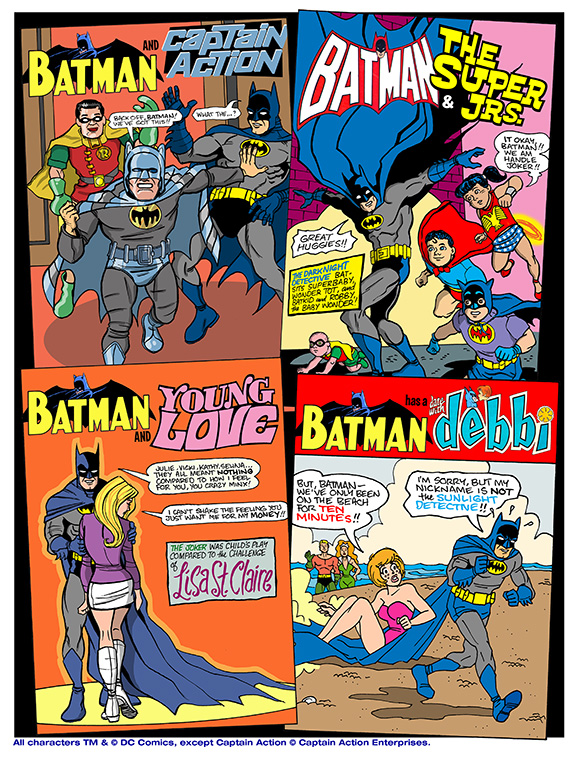 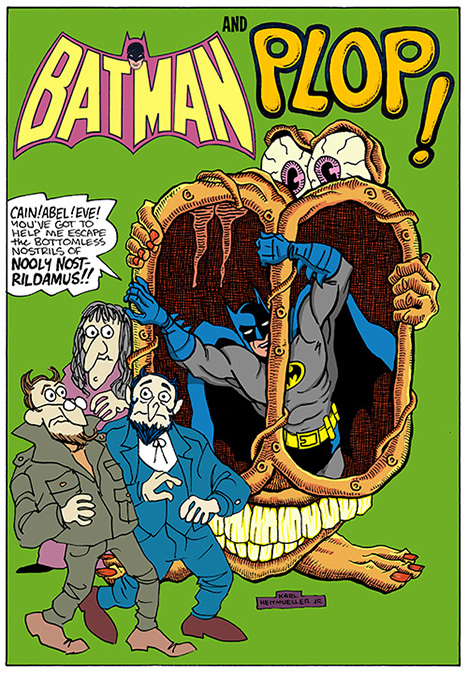 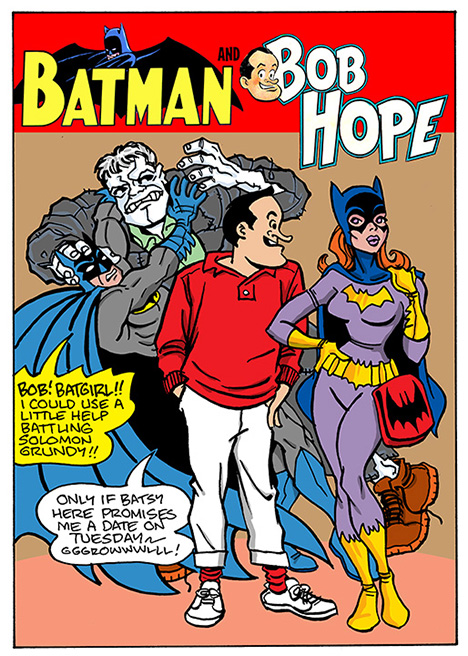 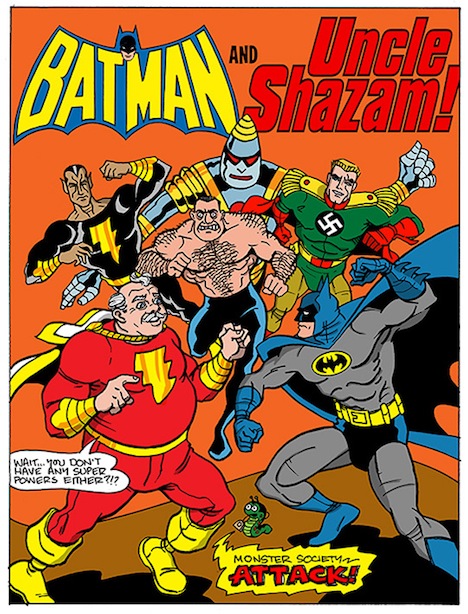 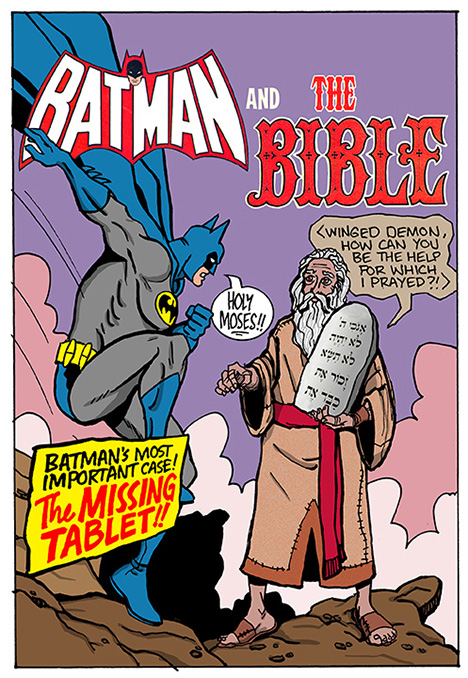 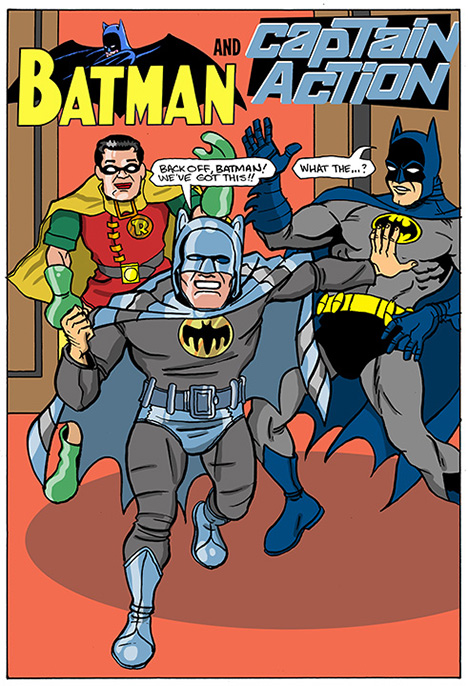 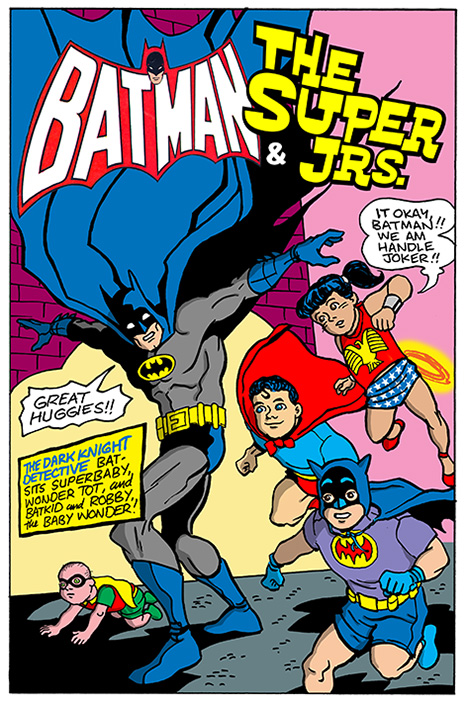 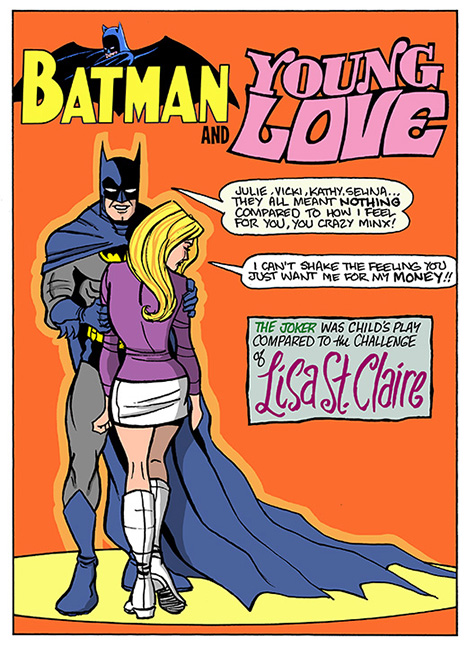 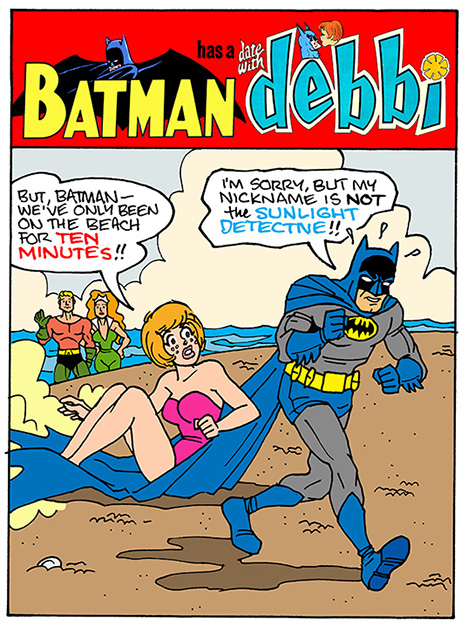