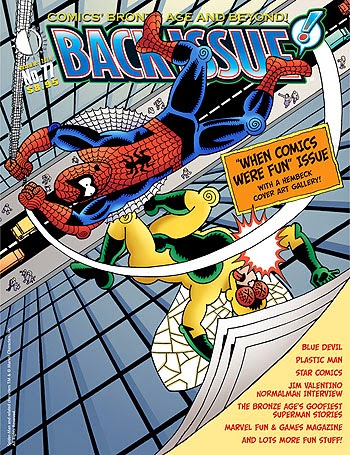 Huzzah, kidlets! The new BACK ISSUE! (#77) is a nostalgic look back (aren't they all?) of "When Comics Were Fun!" featuring a gallery by the great Fred Hembeck, one of comics' first professional fans, and a big inspiration to me and PRINCE STREET NEWS. This issue's installment mixes some lamentation with the acknowledgement that comics and the world have changed, and the stuff I loved in the 1970s probably wouldn't fly today. And that's okay. I guess.

There's probably some stuff in this strip that I should explain, but all I'll say is do a search on "Johnny DC" for an explanation as to the angry li'l fella at the end of the strip. 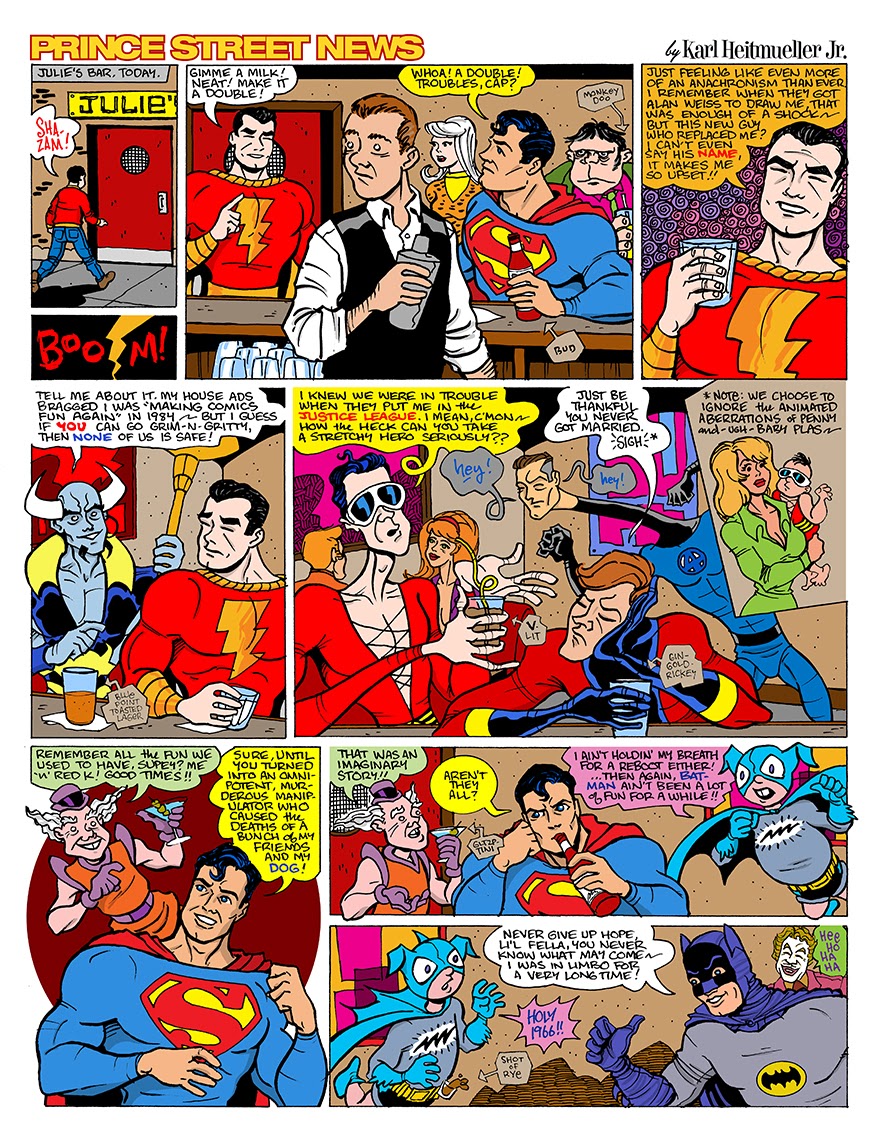 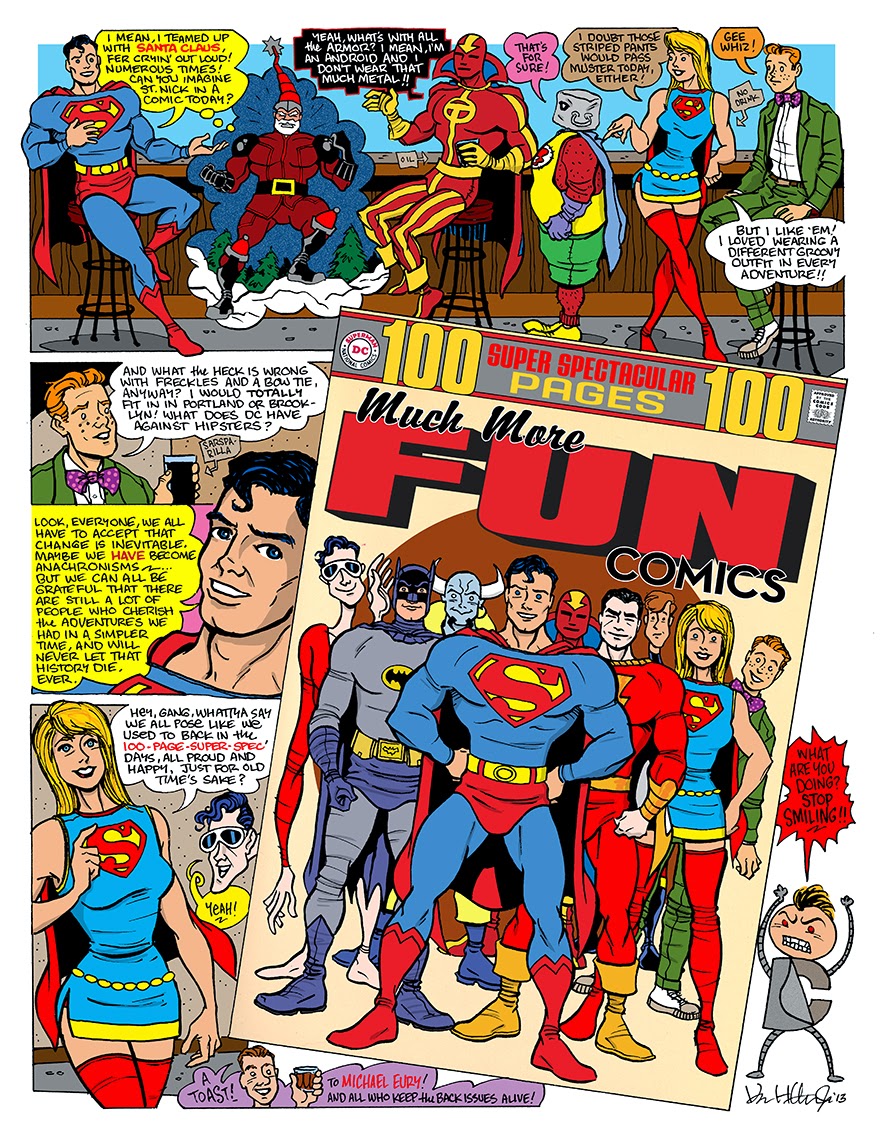